The tulip is a popular plant that is grown in many countries around the world. However, there is one country in particular that is famous for growing tulips: the Netherlands.

The Netherlands is home to many tulip farms, and the climate is perfect for growing these flowers. In addition, the Netherlands has a long history of tulip cultivation. Tulips were first introduced to the country in the 16th century, and they have been popular ever since.

Today, the Netherlands is one of the leading producers of tulips. Every year, millions of tulips are grown in the country, and they are exported all over the world. If you are looking for the best tulips, then you should definitely consider buying them from the Netherlands.

The Dutch and Tulips: How Did Tulips In The Netherlands Become A Thing?

To understand how tulips became so closely associated with the Netherlands, we have to go back to the 16th century. At that time, the Ottoman Empire was one of the most powerful empires in the world, and the Dutch were one of their main trading partners. The Ottomans introduced the tulip to the Dutch, and the flower quickly became a symbol of wealth and prosperity.

In the early 17th century, tulip mania hit the Netherlands. The price of tulips skyrocketed, and people were willing to pay outrageous sums of money for a single bulb.

The mania eventually came to an end, but the tulip remains an important part of Dutch culture. Today, the Netherlands is one of the world’s leading producers of tulips, and the flower is a popular tourist attraction.

The Netherlands, The Land Of Flowers

The Netherlands is world-renowned for its tulips, and it’s no wonder why – the country is absolutely gorgeous, with fields of vibrant flowers as far as the eye can see. In fact, the Netherlands is sometimes referred to as the “”land of flowers””.

The Netherlands is home to some of the world’s best flower growers, and they produce tulips of all shapes and sizes. The Dutch are also experts at growing other flowers, such as roses, lilies, and daffodils.

If you’re looking for a place to see some of the world’s most beautiful flowers, then the Netherlands is definitely the place to be.

How Did Tulips Come To The Netherlands?

The tulip is a native of the Ottoman Empire, and was introduced to the Netherlands in the 16th century. The flower quickly became a symbol of Dutch culture and was soon being grown all over the country.

Today, the Netherlands is one of the world’s leading producers of tulips, and the flower is widely associated with the country.

Tulips In The Netherlands — Present Day

The Netherlands is still one of the top producers of tulips in the world, with over 3,000 acres of tulips being cultivated each year. The majority of these tulips are grown in the province of Noord-Holland, which is located in the western part of the country.

The Netherlands has a long history with tulips, with the first tulips being planted in the country in the early 1600s. Tulips quickly became a symbol of Dutch culture and were even used as a form of currency at one point.

Today, the Netherlands is home to the world’s largest tulip festival, which is held each year in the city of Amsterdam. Over 100,000 tulips are on display during the festival, which attracts visitors from all over the world.

Five Fun Facts About Tulips In The Netherlands

1. The Netherlands is the world’s leading exporter of tulips.

2. The Dutch tulip industry is worth over €1 billion.

3. There are over 3,000 varieties of tulips grown in the Netherlands.

4. The Netherlands produces over 10 billion tulips every year.

5. The Netherlands has been declared the “”Tulip Capital of the World””.

Which Country’s National Flower Is Tulip?

Which Country Is Tulip Capital Of The World?

Tulips were first introduced to the Netherlands in the 16th century. Tulips were originally imported from Turkey. The Netherlands is home to the world’s largest tulip festival, which is held each year in the city of Lisse.

Which Country Is Called Country Of Flowers?

Where Is The Largest Tulip Field?

The Netherlands holds the record for the largest tulip field in the world. The field is located in Lisse, and it covers an impressive 32 acres.

The Netherlands is known for its tulip production, and the Lisse tulip field is a major tourist attraction. Every year, visitors come from all over the world to see the field in bloom.

Where Were Tulips First Found?

The tulip is a spring-flowering plant of the genus Tulipa, native to central Asia and southern Europe. The tulip was first cultivated in the Ottoman Empire, and was introduced to the Netherlands in the 16th century. The tulip is now widely cultivated in temperate climates across the world.

The tulip is a member of the Liliaceae, a large family of plants that also includes lilies, hyacinths, and onions. The genus Tulipa contains about 150 species, and is distributed across Europe, Asia, and North Africa. The tulip’s native range is thought to extend from the Balkans to central Asia, and from southern Europe to northern China.

The tulip is thought to have originated in the central Asian region of Turkestan. From there, it is believed to have spread westward to Persia and the Ottoman Empire, and then to Europe and the Netherlands. The tulip was first introduced to the Netherlands in the 16th century, and quickly became a popular ornamental plant.

The tulip is a popular choice for gardens and parks, and is also widely used in the cut flower industry. Tulips are available in a wide range of colors, including red, pink, yellow, orange, and white. The flower’s shape and size vary depending on the variety, but most tulips have six petals.

The tulip is a symbol of spring and renewal, and is associated with the Dutch city of Amsterdam. Every year, Amsterdam hosts the world-famous Tulip Festival, which attracts thousands of visitors from all over the world.

Where Are Tulips Found In The World?

Tulips are found in many different countries around the world. Some of the most famous tulip-growing regions include the Netherlands, Turkey, and France. In the Netherlands, tulips are grown in the province of North Holland.

Turkey is home to some of the most beautiful tulips in the world, and it is also one of the largest producers of tulips. France is another country with a long history of tulip cultivation.

Tulips were first introduced to France in the early 17th century, and the country has been growing them ever since. France is home to a number of different tulip varieties, and it is also one of the largest producers of tulips.

Conclusion On Which Country Is Famous For Growing The Tulip Flowers?

After interviewing several experts in the field, it seems that the Netherlands is indeed the most famous country for growing tulip flowers.

The Netherlands has a long history of tulip cultivation, dating back to the 16th century, and today, the country produces the vast majority of the world’s tulips. Moreover, the Netherlands is home to the world’s largest tulip festival, which takes place annually in the city of Keukenhof.

The experts we interviewed noted that the Netherlands’ climate is ideal for growing tulips, and that the country’s skilled growers have perfected the art of tulip cultivation. For these reasons, it seems that the Netherlands is likely to remain the world’s top tulip-producing country for the foreseeable future. 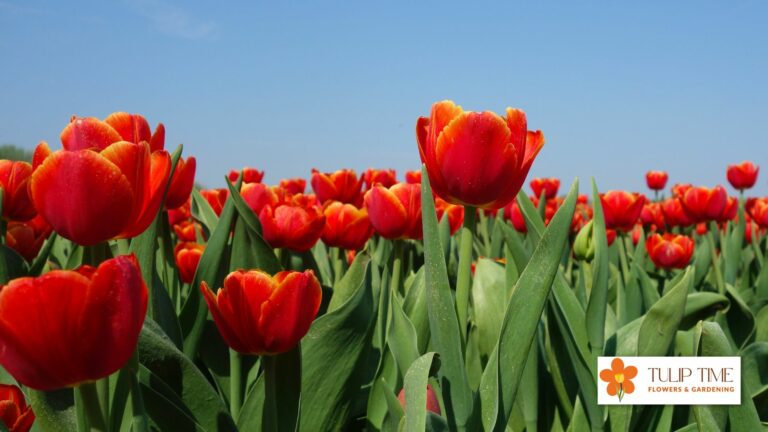 If you’re looking for a way to add some extra pizzazz to your spring garden, consider planting tulips through chicken wire. This unique planting method can give your tulips a more whimsical look, and it’s also a great way to keep them from getting too crowded. Keep reading to learn more about how to plant… 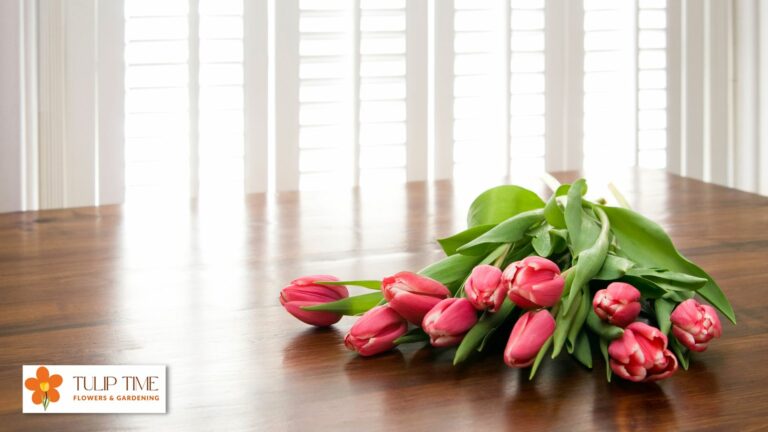 When you buy a bunch of cut tulips, you might be surprised to see that they wilt fairly quickly. This is a common misconception, as tulips actually last longer as flowers once they’ve been cut. There are a few ways to keep your cut tulips looking as fresh as possible for as long as possible….

Tulip season is one of the most exciting times of the year. From the moment the buds start to swell and grow, you start to daydream about the gorgeous colors that will soon fill your flower beds. Once the flowers open, though, it can be a bit of a shock if you’ve never seen them… 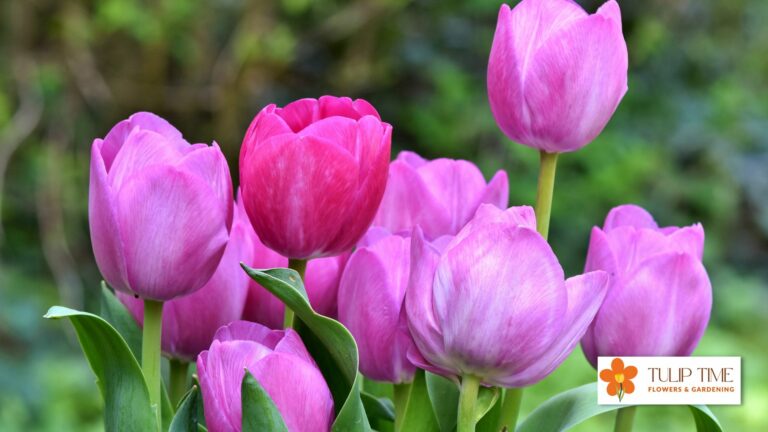 Spring is in the air, and with it comes the promise of colorful tulips blooming in gardens and public parks across the country. But did you know that there are actually many flowers that look similar to tulips? In this article, we’ll explore some of the most popular tulip look-alikes, as well as where to… 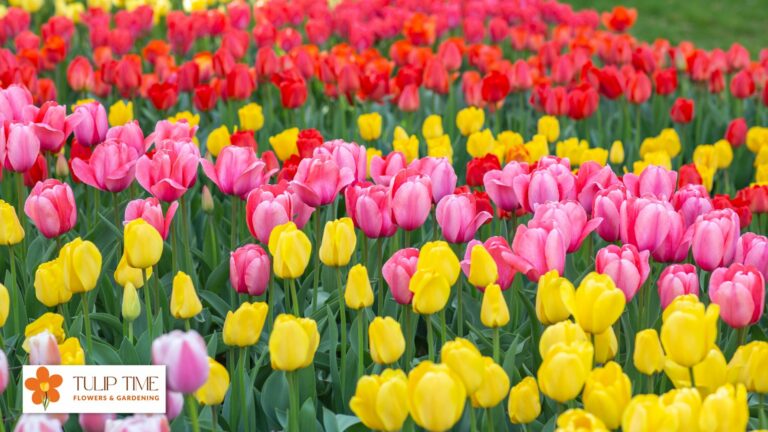 If you’ve ever wondered what’s eating your tulips, you’re not alone. Many gardeners have battled with this mystery, only to find that their prized flowers have been munched on by some unseen creature. In this article, we’ll explore what could be eating your tulips and how to put a stop to it. We’ll also provide… 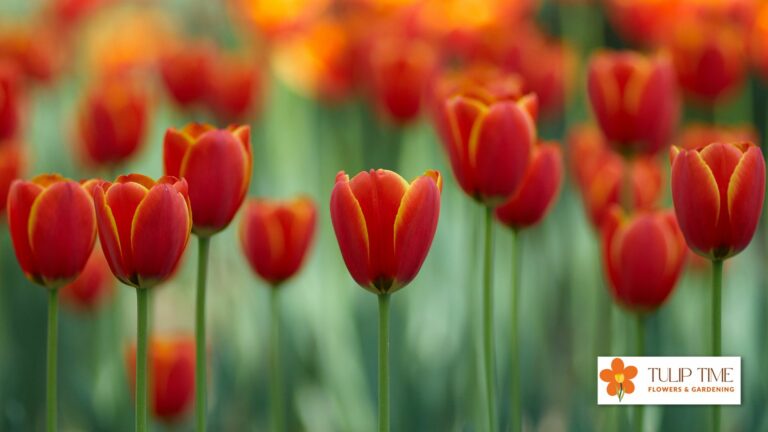 If you’re like most people, you probably think of bees when you think of pollination. But did you know that tulips can also be pollinated by other insects, including ants, wasps, and flies? In this article, we’ll discuss how to pollinate tulips, what benefits pollination brings, and which insects are best for the job. We’ll…