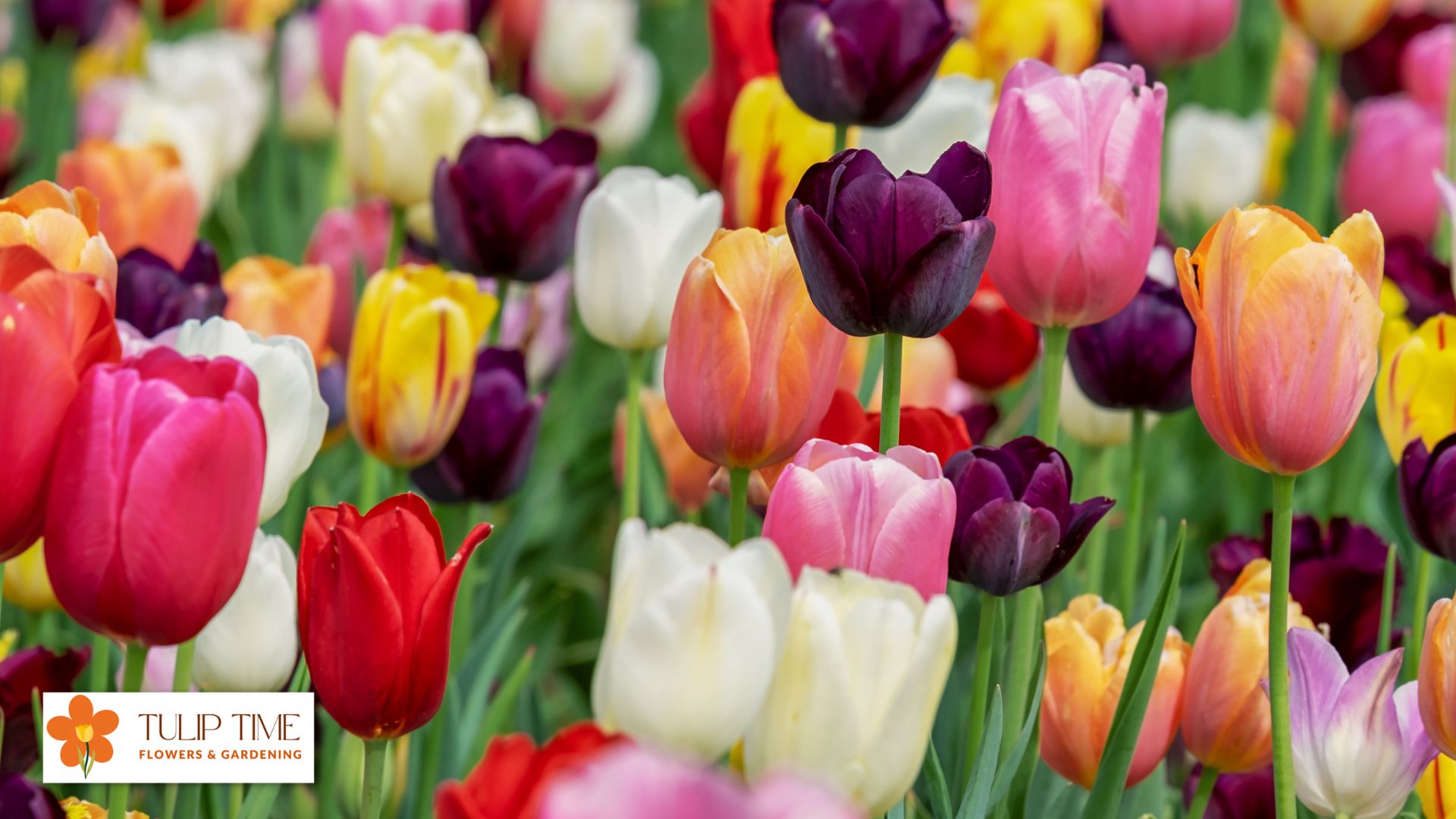 Why are tulips special? This is a question that has been on the minds of many people, especially during the springtime when these flowers are in bloom. To get to the bottom of this question, we spoke to several experts and here is what they had to say.

Tulips are special because they are one of the first flowers to bloom in the spring. This means that they are a sign of hope and new beginnings. They are also a symbol of perfect love.

Tulips are also unique in that they come in a wide variety of colors. This allows people to choose the perfect tulip for their loved ones, based on their favorite color.

Finally, tulips are special because they have a long history. They have been around for centuries and have been cherished by many cultures.

So, there you have it! These are just a few of the reasons why tulips are so special. We hope that this has helped you to better understand why these flowers are so important to so many people.

The fascinating history behind tulips

Though tulips are now commonly associated with the Netherlands, they actually originated in central Asia. The word “tulip” is thought to come from the Persian word for turban, as the shape of the tulip flower resembles a turban.

The tulip first made its way to Europe in the 16th century, where it quickly became a prized possession among the wealthy. Tulips were so coveted that, at one point, a single tulip bulb could sell for more than the price of a house.

This period of tulip mania came to an abrupt end in the 17th century, when the tulip market crashed and many people lost a fortune.

Despite this setback, the tulip remains a popular flower to this day, and is now firmly entrenched in Dutch culture. Every year, millions of tulips are grown in the Netherlands and exported all over the world.

The symbolism and colour meaning of tulips

The tulip is a special flower for many reasons, but one of the most important is its symbolism. The tulip is associated with a number of different things, including love, hope, and purity. The flower is also seen as a symbol of springtime, new beginnings, and rebirth.

The colour of a tulip can also have special meaning. For example, red tulips are often seen as a symbol of love, while white tulips represent purity and innocence. Yellow tulips typically represent happiness and cheerfulness, while pink tulips are often associated with compassion and caring.

What do tulips symbolise?

For many people, tulips are simply beautiful flowers. But for others, they hold much deeper meaning. Tulips are often associated with love, rebirth, and hope.

In the language of flowers, tulips represent perfect love. They are also said to symbolize springtime and new beginnings. For this reason, tulips are often given as gifts to loved ones or as a gesture of goodwill.

For many people, tulips represent hope. In the early 17th century, tulips were introduced to Europe from the Ottoman Empire. At the time, the flower was a symbol of wealth and power. However, during the Tulip Mania of the 1630s, the flower became a symbol of hope and renewal.

Today, tulips continue to be a popular symbol of hope. They are often given to people who are going through tough times or to those who are celebrating a new beginning.

For many, the tulip is a symbol of rebirth. This is because the tulip is one of the first flowers to bloom in the spring, after a long winter. The tulip is also a symbol of hope, because its blooming signifies that warmer weather is on the way.

When it comes to giving back, the tulip is a symbol of charity. This flower is often associated with fundraising campaigns and charitable donations. For example, the Netherlands-based NGO, the Tulip Foundation, uses the tulip as its logo and raises money for various causes, including education and healthcare.

Tulips are rich in symbolism and meaning, and the colors of tulips can add even more to their already considerable emotional impact.

The most obvious symbolism associated with tulips is that of love and romance. Red tulips in particular are often given as a declaration of love, and can also be used to express deep feelings of passion. Pink tulips are sometimes given as an apology for a romantic mistake, while white tulips can symbolize forgiveness.

Whether you’re looking to express love, forgiveness, or simply show someone you’re thinking of them, a tulip bouquet is a beautiful and thoughtful way to do it.

Tulips are not only beautiful, but they also have many uses. Here are some of the ways that tulips can be used:

So, as you can see, tulips are not only pretty, but they are also very versatile. If you are looking for a flower that you can use in many different ways, then tulips are a great choice.

Did you know that tulips are actually a member of the lily family? And that they’re native to the Middle East and Central Asia? Here are some other fun facts about tulips:

Why are tulips so special?

Tulips are special because they are one of the most beautiful flowers in the world. They come in a wide range of colors and their petals are delicate and fragile.

Tulips are also special because they have a very long history. They were first cultivated in the Ottoman Empire and then spread to Europe in the 16th century. Tulips became very popular in the Netherlands in the 17th century, and they have been associated with that country ever since.

Finally, tulips are special because they are symbols of springtime and new beginnings. They are often given as gifts on Easter and Mother’s Day, and they are often used in decorating for these holidays.

So, there are many reasons why tulips are special. They are beautiful, they have a long history, and they are symbols of springtime and new beginnings.

Why are tulips the best?

According to the experts, there are several reasons why tulips are the best. First, tulips are very versatile and can be used in a variety of ways. They can be planted in the ground or in pots, and they can be used for both ornamental and cut flower purposes. Second, tulips are relatively easy to care for and don’t require a lot of maintenance.

Third, tulips come in a wide range of colors and varieties, so there’s something to suit everyone’s taste. And finally, tulips are just plain beautiful, and they have a long flowering season, so you can enjoy their beauty for weeks or even months at a time.

What do tulips say about you?

If you’re a fan of tulips, chances are you’re a romantic at heart. These flowers are often associated with love and appreciation, making them the perfect way to show how you feel.

Tulips can also represent perfect happiness and new beginnings, so they make an excellent gift for any occasion. Whether you’re sending them to a loved one or enjoying them in your own home, tulips are sure to bring a smile to your face.

Can you eat tulips?

Yes, you can eat tulips! In fact, tulips are edible and have a long history of being used as food. The petals are the part of the tulip that is most commonly eaten, and they can be used in a variety of dishes. Tulip petals can be used to add flavor and color to salads, soups, and even desserts.

While tulips are not a common food item in most parts of the world, they are gaining popularity as a culinary ingredient. Many top chefs are using tulips in creative ways, and there are even cookbooks devoted to cooking with tulips. So if you’re looking to add a unique ingredient to your next meal, consider using tulips!

Are tulips better than roses?

Many experts believe that tulips are better than roses for a number of reasons. For one, tulips are more versatile and can be used in a wider range of settings and arrangements. They also tend to be more resilient and easier to care for than roses.

While roses are often seen as the more traditional choice, tulips are increasingly becoming the go-to flower for many people. Thanks to their unique beauty and wide range of colors, tulips are a popular choice for bouquets, centerpieces, and other arrangements.

Many people believe that tulips are good luck, and they are often given as gifts to bring good fortune. There is no scientific evidence to support this belief, but it is a popular superstition. Some people also believe that tulips can help you find true love.

Why are tulips special? It turns out there are many reasons!

For one, tulips are one of the oldest cultivated flowers in the world. They’ve been grown in the Netherlands since the 16th century, and were even once used as currency there.

Tulips are also known for their wide variety of colors and shapes. There are over 3,000 different varieties of tulips, each with its own unique appearance.

Conclusion On Why Tulips Are Special

Tulips have a special meaning in many cultures. In the Netherlands, they’re often seen as a symbol of springtime and new beginnings. In Turkey, meanwhile, tulips are associated with the legend of a young lover who died tragically.

Whatever the reason, it’s clear that tulips are truly special flowers. Thanks for taking the time to learn more about them!” 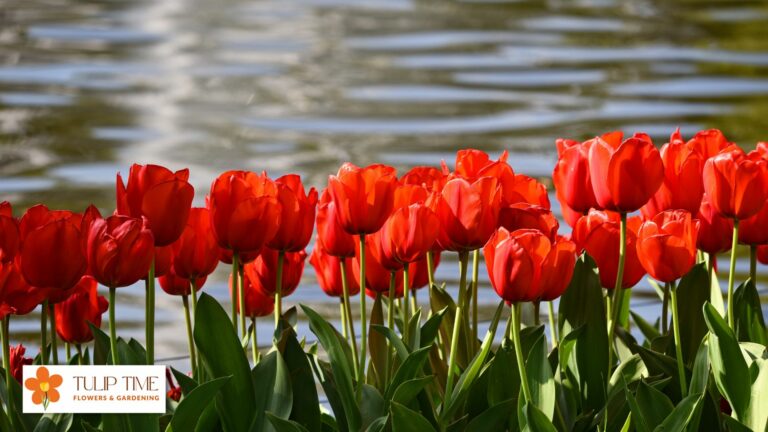 The tulip is a popular plant that is grown in many countries around the world. However, there is one country in particular that is famous for growing tulips: the Netherlands. The Netherlands is home to many tulip farms, and the climate is perfect for growing these flowers. In addition, the Netherlands has a long history… 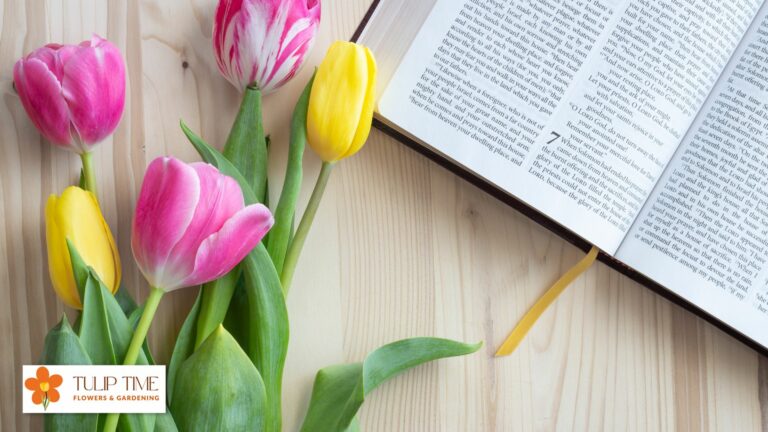 Tulips are one of the most popular flowers in the world, and for good reason. They’re beautiful, they’re easy to care for, and they’re relatively inexpensive. But there is one downside to tulips: they have a tendency to open up too quickly. If you’ve ever bought a bouquet of tulips only to have them wilt… 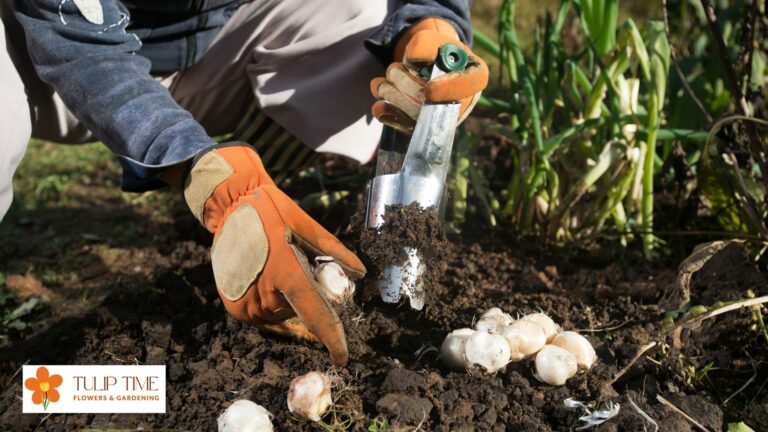 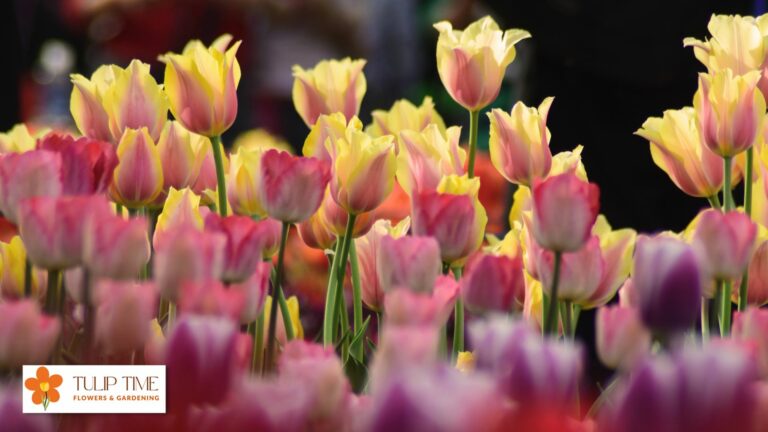 If you’re looking to add some extra color and life to your home, office, or event space, consider adding tulips to your decor. But what greenery goes well with tulips in an arrangement? We asked some of the top experts in the field and here’s what they had to say. Beautiful Tulip Arrangements If you’re… 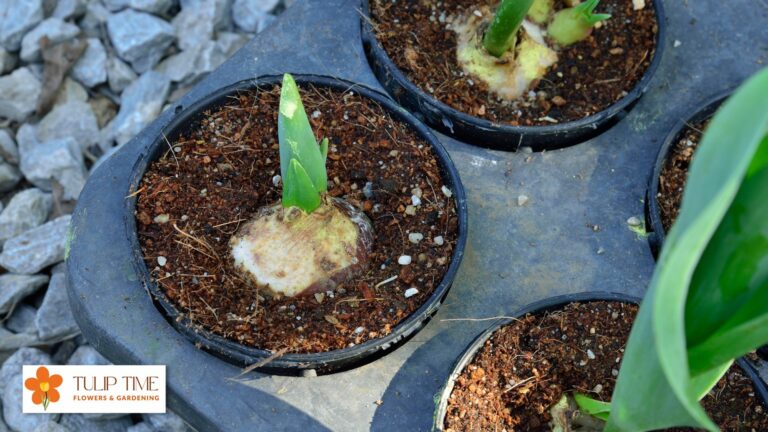 Tulips are one of the most popular spring flowers, and for good reason. They’re breathtakingly beautiful and come in a wide range of colors, from soft pinks and whites, to bold purples and reds. They’re also relatively easy to grow from seed, even if you’re a beginner gardener. While it’s possible to buy tulip bulbs… 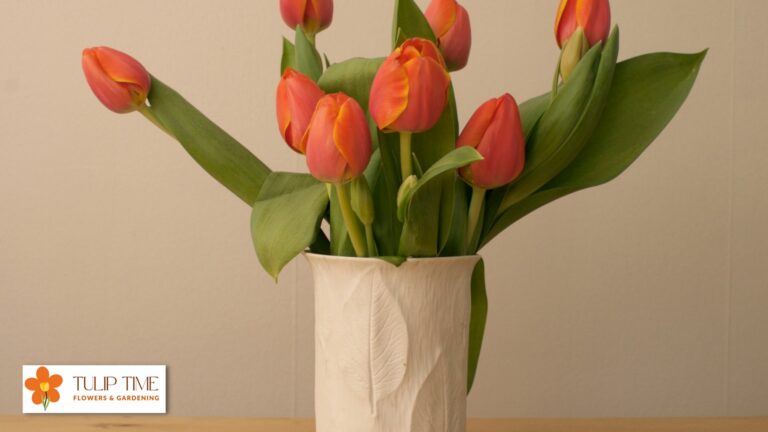 Tulips are the quintessential spring flower. Whether you call them Dutch tulips or tree tulips, they have an unmistakable look and a special place in gardens and bouquets. The bulbs are easy to purchase and they are one of the earliest flowers in the garden, so they are perfect for anyone looking to start a…